Edward Lollis had only recently moved in with his Uncle Robert and Aunt Mary Stevenson in 1915 at their home at 275 South Audubon Road when this photograph was snapped in the Stevenson's backyard. Young Edward, dressed up in costume, stood near the family garage. Behind him, you can see the rear of 5727 and 5729 University Avenue, a double that had only recently been constructed. The Lollis and Stevenson family is well-documented on this page. Click on the links below to learn more those interesting families.

John and Ida Battenfeld dwelled on the 5727 side of the double in 1915. They had already lived there for two years and would continue to do so for another eighteen years. Mr. Battenfeld was a buyer for the Wm. H. Block's Department Store at the time. They had no children. On the other at 5729, resided John and Louise Isaacs. They had three children, Mildred, Coleman, and John, Jr. Mr. Isaacs sold Ford Automobiles at a dealership in the 1300 block of East Washington Street. The Isaacs quickly outgrew the double and were gone by 1917.


The historic photograph is courtesy of Ted Lollis.
Posted by Bill Gulde at 12:49 PM No comments:

A Postcard to Irvington--Mary Dale of Johnson Avenue

On July 12, 1967, "Marie" walked into a post office in Gillette Wyoming and sent her friend, Mary Dale of 37 Johnson Avenue, #12, a lovely postcard of the Badlands in South Dakota.

The vagabonds enjoyed seeing the phenomena of nature at sunset last night. Quite a sight! We had such a good time in Boulder and are now heading toward Yellowstone and Tetons. Know you enjoyed your company over the week-end.  Love, Marie

While we have no idea at this point about any information regarding "Marie," Mary Dale was a well-known resident of Irvington from 1957 to 1979. Born and reared in Alva, Oklahoma, Mary Mondy was a bright student who received her Bachelor's Degree from Phillips University in Enid, Oklahoma and her Masters in Arts from Southern Methodist University in Dallas, Texas. For a brief time she taught high school in the Dallas area. So how did she get to Irvington and why was she living in Maplewood Court?

In 1944, Mary Mondy married Jack Dale who sadly died at a young age.  As a young widow, Mary Dale became very involved in the Disciples of Christ Church so much so that in 1957 she was ordained.  In that same year, she packed her bags and moved to Indianapolis to work at the Disciples of Christ headquarters at 222 Downey Avenue. She became the Executive Secretary for the Department of Homeland Ministries, a position she held until 1970.  Many of the employees and missionaries for the Disciples rented apartments at Maplewood Court at 37 and 47 Johnson Avenue. Mrs. Dale leased #12. She likely walked to work.  Upon her retirement in 1970, Mrs. Dale spoke at Christian churches throughout Indiana before retiring first to St. Petersburg, Florida and eventually back to Dallas, Texas. Incredibly, she lived to be 100 years old passing away on December 26, 2003. If any of our readers remember Mrs. Dale, then drop us a note and we will share them. 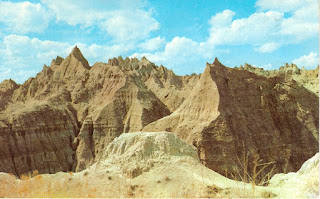 Theodore and Mary Brydon moved into their newly-built bungalow at 124 South Bolton Avenue in 1915.  Mr. Brydon constructed many homes and apartment buildings in the city so it is possible that he also erected this house. Located just north of the Pennsylvania Railroad, the Brydon children, Julia, Howard, Marie, and Louise, would have likely become accustomed to the noise and rumbles of the nearby trains. For a few years, Mrs. Brydon's Mother, Elizabeth Schwappacher, and her Uncle John Schwappacher resided with the family in the 1920s.

While his business career roared during the 1920s, the Brydons suffered from a series of tragedies for which Mr, Brydon never recovered. On May 15, 1924, while driving on North Illinois and Ohio Streets, Mr. Brydon failed to see Edith Kellum, a thirty-five-year-old woman from Connersville, Indiana as she walked out in front of him after crossing between two parked cars. He blew his horn to alert her, but Miss Kellum was going deaf and did not hear him. Sadly, she died shortly after being struck and Mr. Brydon was arrested for vehicular manslaughter, a seemingly automatic charge in those days. He did not go to jail.

A little over a year later on September 25, 1925, the Brydons received a call from an official in Jefferson County, Indiana telling them that their only son, Howard, had been killed in an automobile accident near Hanover College. Two other students also lost their lives that day. Howard had just graduated from the college the previous year and was on campus to give another Irvingtonian, Mary McDonald of 45 North Irvington Avenue, a ride back to Indianapolis. Two other Hanover coeds asked Howard if they could be transported to Madison before the couple headed back to Indianapolis and he agreed. Apparently, Howard lost control of the car when the breaks failed as he drove down a hill near campus. The group plunged into a ravine killing three of the four riders.

The news hit the Brydons like a bomb. Mr. Brydon was at the apex of his building career and he had recently named his company Brydon and Son as Howard had agreed to join the family business. Mr. Brydon became ill after Howard's death and when the elder Brydon died around Christmas in 1930, the Indianapolis Star attributed Theodore's passing at age 55 to a broken heart over the death of Howard. Mr. Brydon's death certificate lists the cause as a cerebral hemorrhage.

Mrs. Brydon and her young daughter, Louise, continued to dwell in the bungalow on South Bolton Avenue. Mrs. Brydon eventually moved into the Julian House at 115 South Audubon Road as it was a nursing home by 1945. She died in that house after falling and breaking her hip.

Dozens of residences and at least three apartment buildings still stand in Indianapolis as part of the legacy of Theodore Brydon.

Aerial Photograph of Irvington--Winter of 1908

A small crowd gathered on Butler College's (now University) Irwin Field in the winter of 1908. Were they watching a football scrimmage?  A game? A practice? One lone automobile--a rarity in those days--parked near the tall fence. The unknown photographer snapped this image for the 1909 Butler Drift.

The photographer faced east so the most visible street in the picture is that of Ohmer Avenue as it snakes its way towards Downey Avenue. The dwelling closest to the photographer with intersecting gables and a long front porch still stands at 307 Ohmer Avenue. The barn or outbuilding associated with the property is long gone. Note that there are no other homes along the north side of Ohmer Avenue. On the south side of Ohmer Avenue, the most visible home is that of 5338 Ohmer Avenue. (Near the fence by the athletic fields)  If you look closely, you can see the rear of the Benton House at 312 Downey Avenue along with other nearby homes.  The smaller residences at the far right of the photo face Burgess Avenue.  The football field and green space would later be developed in the 1940s into housing.