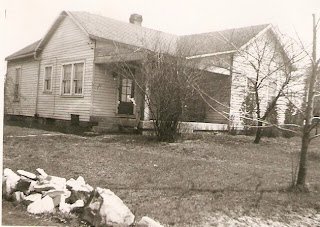 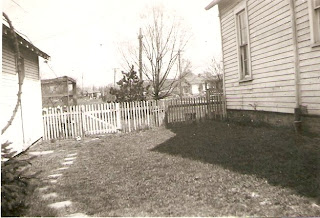 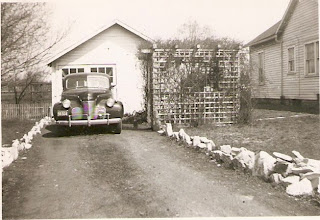 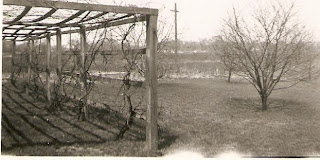 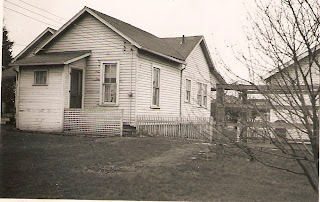 Brookville Road and South Arlington served as the extreme southeastern boundary for Irvington and really for Indianapolis prior to UNIGOV in 1970. The old "Brookville Pike" connected Indianapolis to Cincinnati. Several Indiana towns and cities like New Palestine, Morristown, Rushville, and Brookville grew up along the historic road. The highway predates Irvington by many decades. Several of the historic structures along the road in Marion County have now vanished including the house seen in these photos taken in 1940. Likely built as a tenement home or for a small farm, the house served as a rental by the 1930s.

In 1910 Charles Judkins, a carpenter, lived in the cottage. A 1916 city directory reveals that Edward S. Gue, a farmer, and his family called the intersection home. Another farmer Aaron Miller lived here in 1921. City directories further reveal that 5980 Brookville Road served as home for Fred McCoy and his family in the late 1930s. In 1940, Leroy Hunt and his new bride Helen moved in. The house sat on a spacious lot and contained a grape arbor and plenty of room for their dogs to run and play.

The Hunts rented 5980 Brookville Road for a few years before moving to an Audubon Road home in Irvington proper. These photos are some of the only known documentation of the house because it was demolished for a filling station by the 1950s. Later, a Burger Chef and a Hardees ( in 2011) Restaurant and parking lot occupied the spot.

The images show the home, the grape arbor, the garage and even a small bungalow behind the house along South Arlington Avenue in 1940 (second photo). These images are courtesy of Helen Hunt.
Posted by Bill Gulde at 12:47 PM