Irvington and the Moon 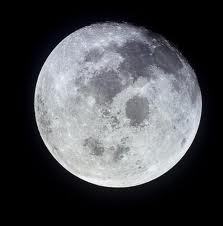 Last month, we told you the story of Pearl Wenrick, who sent a post card to a Mr. Hanson Whiteside.  She would have been 17 years old and living at 44 Whittier Place in 1913.  Local history sleuth, Lee Crislip wondered what became of Pearl?  Her detective work landed her on the phone with Dave Sellards, the son of Pearl Wenrick.  What Lee found next was....remarkable.

Mr. Sellards reports that his mother went to art school while living in Irvington and then eventually studied art at Columbia University.  Her first teaching position came at Missouri State Teachers College, where she taught fine arts.  Eventually she married and moved to Ann Arbor, Michigan where she served as an art teacher in the local school district.

The Sellards settled down in an old brick house along the Huron River.  Pearl frequently did calligraphy for the Alumni Association for the University of Michigan.  Thousands of former professors and students have certificates with Pearl's beautiful script.

In July of 1971, Pearl received a call from the University of Michigan requesting her services.  It was an urgent project as time was of the essence.  All three of the astronauts about to travel to the moon were University of Michigan graduates so the institution wanted a certificate that the astronauts could take to the moon.  Pearl scrambled and in one day produced a beautiful document.  Apollo 15 blasted off from Earth on July 26, 1971, for the moon.  It was one of NASA's most successful missions and the astronauts left a few items on the moon including Pearl's gorgeous handwriting.

Years later, as an elderly woman, she gave an interview to an author working on a sesquicentennial history of Ann Arbor, Michigan and reported that she frequently looked up at the moon and wondered about her piece of art. 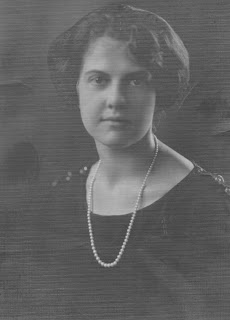 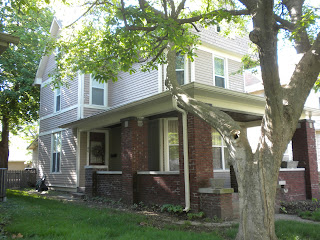 Many thanks to Lee Crislip and Dave Sellards for the historic photo and information for this story.  All of this research stemmed from a postcard written in 1913 from 44 Whittier Place.  We began to wonder about the author.  We had no idea that it would take us to the moon.  To see the postcard click on the Wenrick family link below.
Posted by Bill Gulde at 6:16 AM