The Floods of Beechwood Avenue 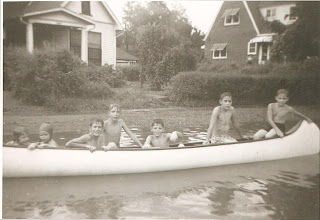 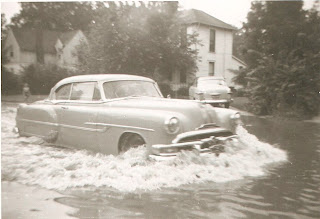 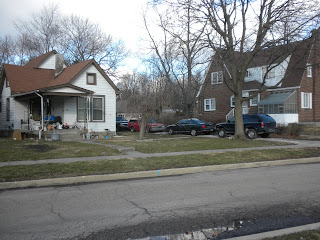 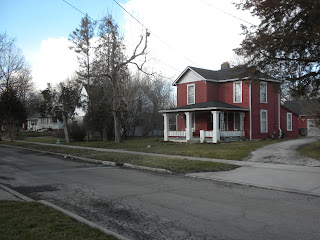 Beechwood Avenue sits neither higher nor lower than any other street in southern Irvington. It is not near any stream, yet for decades the street has filled with water after a drenching rain. Some years are worse than others. This issue has not abated in 2012. Clearly, this is an engineering issue.

In these historic images taken in August of 1955, you can see that the street turned into a major stream. In the top photo, several children float down the street. Three kids in the middle of the canoe have been identified as Joe Romer, Dennis Krauss, and Gary Krauss. Besides the hilarity of the picture, I also enjoy seeing the houses across the street. The Queen Ann-style cottage directly behind the young people is 5806 Beechwood Avenue. Note the fish scale shingles in the gable and the unusual classical columns on the front porch. In the contemporary image of the same view, you will note that the house is now sheathed in aluminum siding and that the columns are gone. I was particularly struck by the fact that the weeping ornamental tree in the front yard in 1955 still exits in 2012! You can also see the brick home just to the east at 5814 Beechwood.

The twelve-year old cameraman, Bill Ferling, also turned his camera northwest to capture a car driving through the giant puddle. Behind the auto, you can see both 5736 and 5744 Beechwood Avenue. Bill lived across the street at 5823 Beechwood. The contemporary images show the same views in 2012 sans the water. These wonderful historic images are courtesy of Bill Ferling.
Posted by Bill Gulde at 5:20 PM