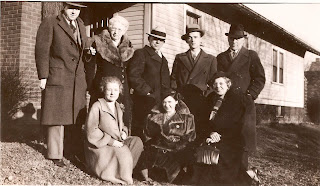 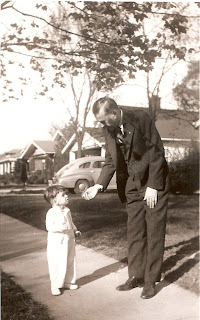 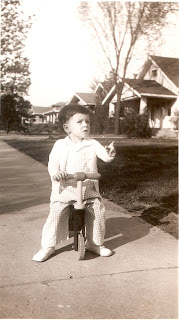 In the top photo, extended family members gather along the southside of the Schneider home on Christmas Day in 1937. In the second photo, William Schneider appears to be handing something to his grandson, Bill Ferling, in April of 1945. Behind them, you can see 333, 337, and 339 Poplar Road. In the bottom photo, Bill Ferling takes a ride down Poplar Road on his tricycle. It looks like this photo was taken on the same day in April of 1945. Many houses along the east side of Poplar can be seen in this photo. The historic images are courtesy of Bill Ferling.
Posted by Bill Gulde at 5:28 AM